Editor's Note:  This story is a continuation of a series of events in the fall of 1993 detailed herein.  A while back, my wife asked me to write these stories down for our children.  I have told them most of the stories, but I do not think that I told them this one.  They like the crazy, gun shooting stories from Moscow.  This story is about a pleasant weekend in a beautiful little city - Nizhni Novgorod.

On September 30, 1993, and in the late evening and while Moscow was still in turmoil, my roommate Paul and I took the train from Moscow to Nizhni Novgorod. As I stated previously, Paul is a first generation American whose family moved to Czechoslovakia just before the 1917 October Revolution. During World War II, his family finally moved to the USA near Washington D.C. Paul had a bunch of family in Nizhni Novgorod whom we went to visit.  If I am not mistaken, it was the first time he had met them, as the city was previously closed to all foreigners during the Soviet era (discussed in a little more detail below).

﻿
It was the night train to Nizhni Novgorod, and the trip took about eight hours if memory serves me correctly. Thankfully, we bought the tickets as though we were Russians. At that time (and I am told even today), there were two ticket prices - one for Russians and one for foreigners. Also, the foreigners were all seated in one car which often led to robberies. Presumably with the help of the steward, it was not uncommon for the foreigners' car to be gassed and the riders robbed as they slept. I heard tales of expats traveling to St. Petersburg and with their money and important documents duct-taped to their stomachs while they slept, yet still waking with no documents, no cash, and a huge headache (literally and figuratively).

The ride on the train was delightful. We shared a cabin with two Russians, and we laughed and ate through most of the late evening. The ride was more bumpy than the local Amtrak, but the constant sound of the train crossing the joints in the rails was therapeutic and hypnotic. I slept like a baby.

We arrived at our destination the next morning very well rested. Paul's family showed us all over the city. It was so nice to be out of Moscow and in the country. Nizhni Novgorod is a very old city by American standards; it was founded 400 years prior to the Pilgrims landing at Plymouth Rock! 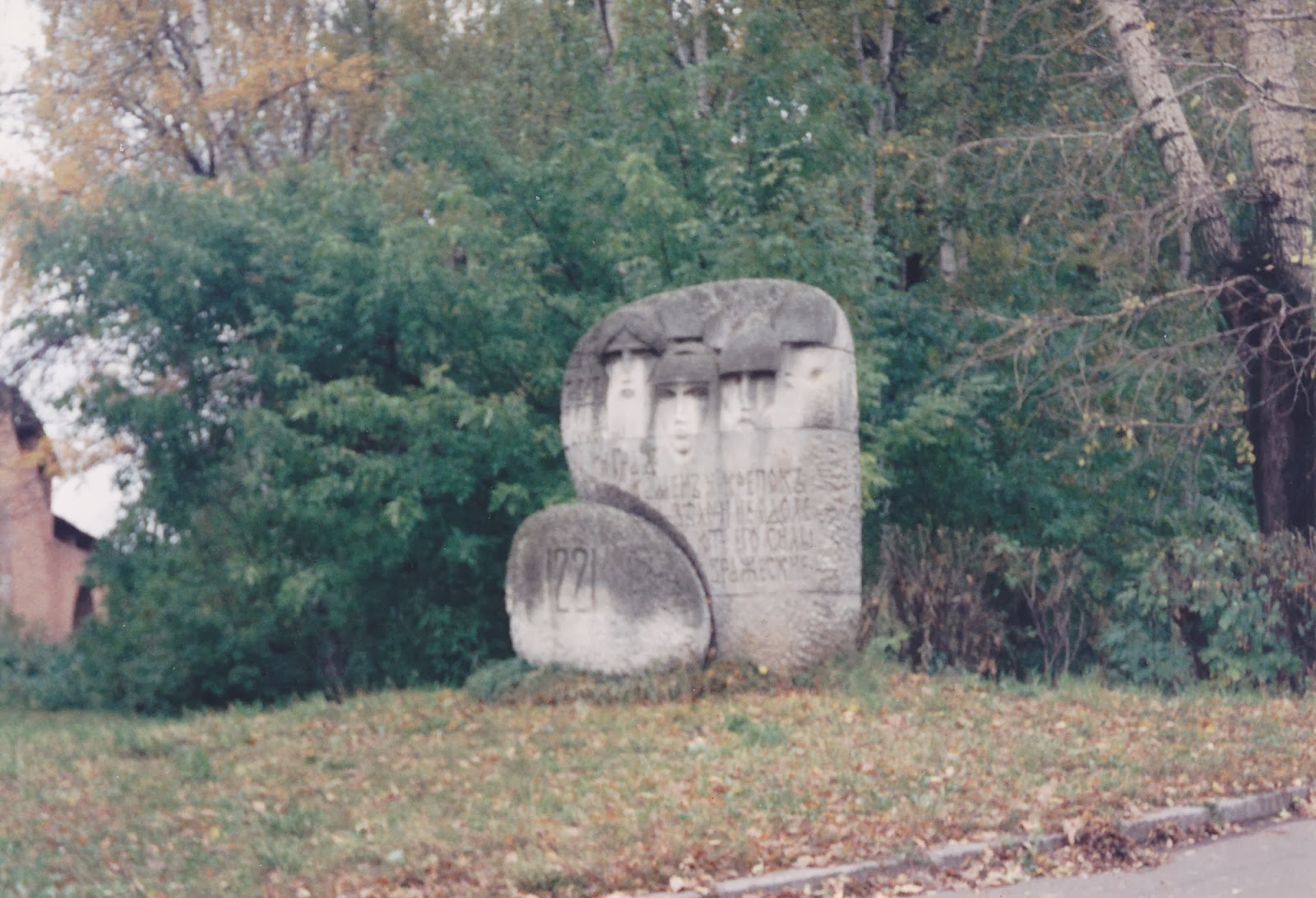 "After the destruction of the Mordvin Inäzor Obram, a hillfort named Obran Osh (Ashli) on the site of the future stone Kremlin, in 1221 a small Russian wooden hillfort was founded by Grand Duke Yury II. Located at the confluence of two of the most important rivers in his principality, the Volga (Mordvin "Rav" or "Rava") and the Oka, Obran Osh was renamed Nizhny Novgorod. Its name literally means Lower Newtown to distinguish it from the older Veliky Novgorod."

You can read more about the history of Nizhni Novgorod here.

Much like being on Red Square (a place that not many Americans visited prior to 1993), Nizhni Novgorod was a closed city during the Soviet era and very few Americans had been there in recent times.

"During much of the Soviet era, the city was closed to foreigners to safeguard the security of Soviet military research and production facilities, even though it was a popular stopping point for Soviet tourists traveling up and down the Volga in tourist boats. Unusually for a Soviet city of that size, even street maps were not available for sale until the mid-1970s."

The Volga River runs through the city, and the kind of reminded me of Cincinnati and how the Ohio River runs right through the middle of the city. We went to some local events and met a ton of people who were very excited to meet some Americans. During the weekend, I was invited to stay and teach English. I gave it quite a bit of thought and later politely declined, as I was really enjoying working in the import warehouse in Moscow.

After a wonderful weekend getaway, we took the day train back to Moscow on Sunday. I spent the whole day gazing out the train window at the Russian rural landscape, and it was a gorgeous fall day and beautiful scenery.

On October 3, 1993, and in the late evening, we arrived in Moscow at the Kyrski train station - right across the street from our flat. We lived on the busiest road in Moscow - the Garden Ring. Instead of the usual ten lanes of traffic, the Garden Ring was unusually and completely empty. Unbeknownst to us who had been on a train all day and cut off from all communication, riots and little war had started in Moscow.
Posted by Barry Pruett at 6:37 AM

Email ThisBlogThis!Share to TwitterShare to FacebookShare to Pinterest
Labels: Russia